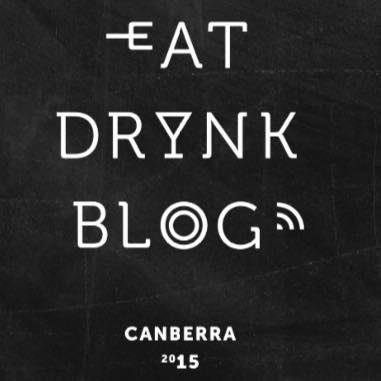 In the middle of October I was lucky enough to attend the national annual Eat Drink Blog 2015 conference. When Canberra won the  vote to hold the conference, most Canberra bloggers were really excited. This was our chance to show the rest of Australia just how damn good the Nations Capital was. The place to be, just ask any of us and we’ll tell you. So much happened over this weekend that I’ve decided to do a post in pictures. Check out the Testimonial page, where you’ll find a bunch of very dedicated bloggers who have done their very best to capture much more than I did!

The EDB15 committee did an absolutely wonderful job, in such a short space of time, to show off Canberra in one weekend. And that was no mean feat.

The Hamlet was our first stop, for registration. We were expecting a casual affair, with a few bites to eat and a drink or two. Sadly, we were mistaken. What we got was more food than you could poke a fork at. More bubbles than you could poke a straw at, more doughnuts than you poke a, well, tongue at. The welcoming speech by Andrew Barr was next and then more networking than I’ve ever experienced in my short lived bloggers life. Wow,  just freakin’ wow.

Next up was the food. So. Much. Food.

After feeding our faces at the Hamlet, we joined our groups to explore Braddon, did you know just how much of a food and beverage hot spot Braddon has become? So many new places, even the food bloggers can’t keep up.

First up was the ever enthusiastic King of Ice cream Mr Frujii, extolling the virtues of roasting one’s own cacao beans from scratch. John explained how chocolate came to be and how he was interviewed by the world renowned Chocolatier George Bernadini, who flew halfway round the world as he’d heard of the Canberra bloke making his own chocolate and wanted to put him his book. What a well deserved honour.

Second up was Hopscotch, a very trendy (and busy) bar with a huge outdoor drinking space and plenty of groovy tunes. What appears below has recently joined their outdoor bar, Popscotch, menu – gin and tonic icy pole in a sweet moscato – the Poptail. Too cool for school.

Next we moved on to Marble and Grain for a lesson in Whiskey. Matching whiskey with foods, to be precise.

Last stop on the food drink train was Lucky’s Speakeasy. If you’ve been around for as long as I have, you’ll know Lucky’s in a previous life as Bobby McGees. Oh my, the memories (or not, depending on the number of bourbons drunk on that Monday night that was hospitality Monday). Injectable doughnuts and a wine to end the evening. As if I hadn’t had enough by then. Phew.

This concluded the first evening of EDB#15 So much more was to come over the next two days. A month later and it seems a distant memory, but this post in pictures has bought the sheer excess and excitement screaming back.

A small family gathering in the park to see my 94 yr old grandfather, and we all thoroughly enjoyed the newly released @mckellarridgeestate Sparkling Rosé, Pinot Noir, with grandpa saying it was a prefect picnic Pinot because he was parched ❤️ Thanks @timsargeant1982 for being my @plummwineglasses model 😉 #mckellarridgewines #sparklingwine #pinotnoir #canberrawines #gtwine
It was marvellous to be back out and meeting up with friends @mckellarridgeestate for a delicious dinner @pialligoestate this week. Started out with a @dalzotto.wines Prosecco to go with lemon braised leeks, oozy egg and beans (that was a complete delight that was 🙌🏻) and moving on to a variety I virtually never drink but am determined to try more of, the @helmwines Cabernet Sauvignon. A perfect match to sirloin, pumpkin and red wine jus. 3 hours just slipped by 🍷❤️ #pialligoestate #helmwines #canberrawines #dalzotto #prosecco
I’m in Chatswood this weekend with the fam and we stayed in tonight with dumplings and skewers and tofu from the Hawkers Lane. Opened a bottle of @enotria.wines blanc de Noir and celebrated delicious food and getting away for the weekend 🥂#hawkerlane #dumplings #canberrawines #plummglassware
I’m joining @sapling_yard and @lakegeorgewinery again for a Friday night of sparkling conversation as we talk all things sparkling wine 🥂 I’ve curated a cheese and charcuterie platter to match the Sapling Yard Entrechat - Chardonnay Pinot Noir blend on lees for two years, think brioche, toasty and nutty and the Lake George Sparkling White - also a Chardonnay Pinot Noir but fresh, zesty and crisp. Head over to my Facebook page for the event details and how to order. Link in my bio 👆🏻👆🏻🍾#saplingyard #lakegeorgewinery #virtualwinetasting #canberrawines #gtwine
While we wait for our beef ribs to cook and I watch the @younggunofwine awards, live on YouTube, I’ll get stuck into the @mallaluka_wines barrel fermented Fiano/Viognier. Sold out all around the place, I was lucky enough to buy the last bottle @redhillsupaexpress 🙌🏻 so fruity! Slightly ripe stone fruit, fresh crunchy peaches and good acidity, a fun, vibrant and thoroughly interesting wine. GO SAM!
I’ve bought @thefruitfulpursuit PJ party down to my dads tonight (although perhaps he’s not quite the target market 😂), and we’re kicking back with two of the @tttwine Pinots and a bunch of charcuterie and a duck terrine from The Italian Place. Then I picked up a Spanish Buen Camino foie gras (they don’t force feed their ducks to get the fatty liver for patê) and some AMAZING pickled garlic scapes and @falwassercrispbread from @provisionsdeligrocery when I popped in yesterday. Loving this Tassie EST 2019 Pinot from Ricky. A young Pinot, this a magic match to the patê and nutty duck terrine. Not a huge amount of time in barrel so when the wine warms up a little we get great fresh fruit out of it, but it’s well grippy enough for the gamey food I’ve matched it to. I’ll crack the other bottle if I can get my hands on a duck breast this week. Sunday night done right 🙌🏻❤️🍷#twotonnetasmania #pinotnoir #thefruitfulpursuit #charcuterie #foiegras Edited to say we opened the TMV as soon as Ricky started talking about it and it’s a totally different wine, subdued and a little hint of green, much more gamey and earthy, elegant and classic dark cherry Pinot on the nose. Can’t tell you which is my favourite 🤷‍♀️
Dinner with @sapling_yard and her duck fat roasted potato pinching husband tonight. Roast rack of lamb with a @nickolearywines Bolaro Shiraz and a Domaine Arlaud Les Ruchots, Morey-Saint-Denis premier cru. Happy birthday Andy 🍷#nickoleary #shiraz #moreysaintdenis #burgundy #premiercru
Always late, but worth the wait. That’s what people never say about me. I am a few weeks late for the @thefruitfulpursuit PJ party with @bravenewwine. But the recorded virtual wine tasting sesh, and a plate of Spanish charcuterie and pickles from @blackfirerestaurantcanberra and some @conservasortiz sardines and a bottle of this BNW pet nat (funnily enough on Pinot Gris) and I’m dressed for a fricken fantastic Friday night in 🙌🏻 Love this pet nat, it’s so quaffable with juicy fruits, like a red apple fruit tingle on acid. Thoroughly enjoying watching Andries and Yoko in their disco lit boudoir 🔥#thefruitfulpursuit #bravenewwine #petnat #jamoniberico #naturalwines
Massaman curry is notoriously hard to pair with wine, it’s not a typical Thai dish with their fresh flavours of chilli, basil and ginger, it’s a deeper, sweeter, nuanced spice with cloves, cinnamon and cardamom, with potatoes, peanuts and soft fat beef. It could go many ways. BUT I think I’ve nailed it with this @mallaluka_wines Pinot Gris. Yep, it’s a Pinot Gris like you’ve not experienced before, it’s a red wine or “Ramato”, a Gris with extended time on skins, 32 days, the “grey” grape turns this wine a funky bouncy muted red, but it’s still light and fruity with raspberries, red apple and a hint of herbaceousness that reminds me of the bay and cardamom from the curry. There’s nothing muted about this aromatic savoury textural wine. It kind of reminds me of their 2018 Pinot Gris/Pinot Noir blend, which I adored ❤️ It’s one of my top 5 Canberra reds for winter for this very curry reason. 🍷 I’m not going to lie, I think Sam Leyshon, currently in the Top 50 @younggunofwine is a bit of a wine rock star, and this wine backs it up. Was supposed to save half for tonights online chat with a bunch of the YGOW makers but I doubt it’ll last that long. Smashable #mallalukawines #pinotgris #massamancurry #canberrawines #gtwine