My friend Judy is a guru in the garden. I thought I had a super summer garden last year, but frankly, I’m a novice. A complete garden virgin. I planted my first productive garden in Nov 2013, and our haul of tomatoes, basil, peppers and chilli’s was pretty impressive for a first timer. Our winter garden completely and utterly sucked the proverbial. Could have something to do with planting out the well looked after seedlings into a pretty frozen garden bed, such is the rush into winter in Canberra. Oh well, better luck next season.

Anyway, back to Jude. Her set up is awesome, and I watch with jealousy the seemingly effortless way she produces her produce. Of course I know how much hard work goes into her garden and perhaps if I put that much effort into mine I might get the same results. This spring I’ve invested much more time, effort and money into getting our summer garden prepped and planted. 8 months of compost, chook shit and soil went into the garden bed and a couple of weeks ago we planted:

Existing in my backyard are:

So, even if only half the above stuff becomes productive, then I’m doin alright. The spectacular bunch of rhubarb above, belonged to Jude. She dropped off the rhubarb, a borage plant, apple mint and normal mint for me to try to grow in my garden. Seriously I’ve never been able to grow mint. Sage, yes, but mint no. How does that even happen? What was I going to do with all that beautiful rhubarb? Adding that I recently received a box of blood oranges from Red Belly Citrus, and spent the previous night juicing approximately 40 odd oranges as they were almost past their use by date, a blood orange and rhubarb cake would be it.

But first, a drink. A blood orange and Lychee liqueur mix, that I aptly named a Bloody Bad Angel, courtesy of the pungent bottle of lychee liqueur, from my recent trip to Bali, I had yet to drink as it smelt like room deoderiser. It was pretty good actually. Served with lot’s of ice and a large spoonful of brown sugar muddled with the liqueur. Try it. I did.

The recipe I used for the cake was this one from the BBC Good Food website. I really love this site and use it constantly, it has a broad range of different recipes which I always, always adapt to suit. 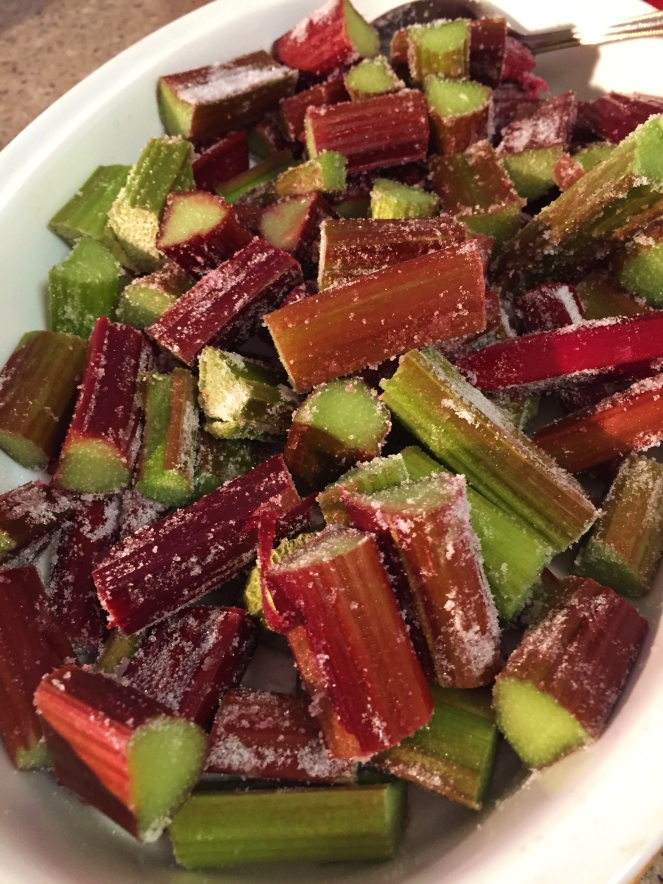 After dousing the rhubarb with castor sugar, I replaced the raw sugar with brown sugar and used 150ml of blood orange juice. And then pretty much followed the recipe. 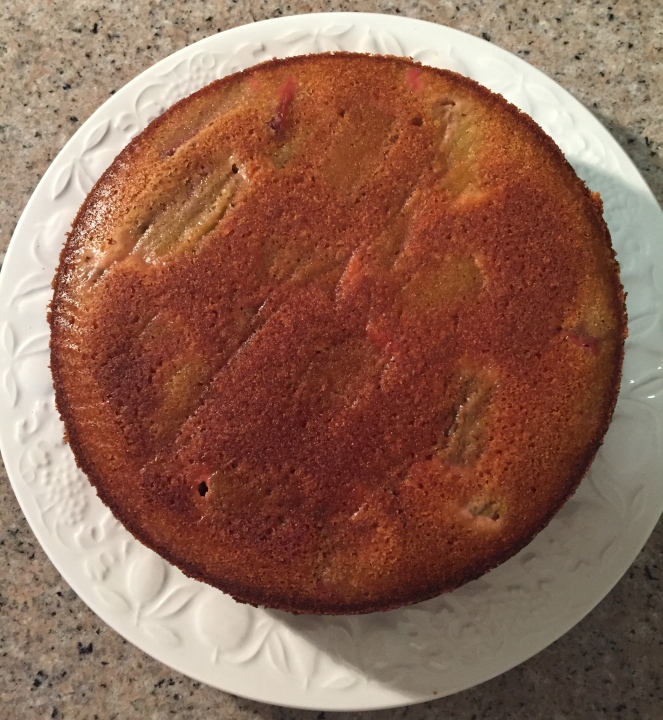 I also flipped mine upside down so the rhubarb, which had sunk to the bottom, was now on top. And yes, the middle had sunk. Apparently it’s common with this cake due to the heaviness of the rhubarb and the batter. And I opened the door to swap them round as I made two. Twice.

Covered it in icing sugar and made a rhubarb and blood orange compote with the left over rhubarb. A couple of twigs of rhubarb, half a cup of blood orange juice and some brown sugar, simmered on the cooktop til reduced, sweet, strangely tart and sticky. 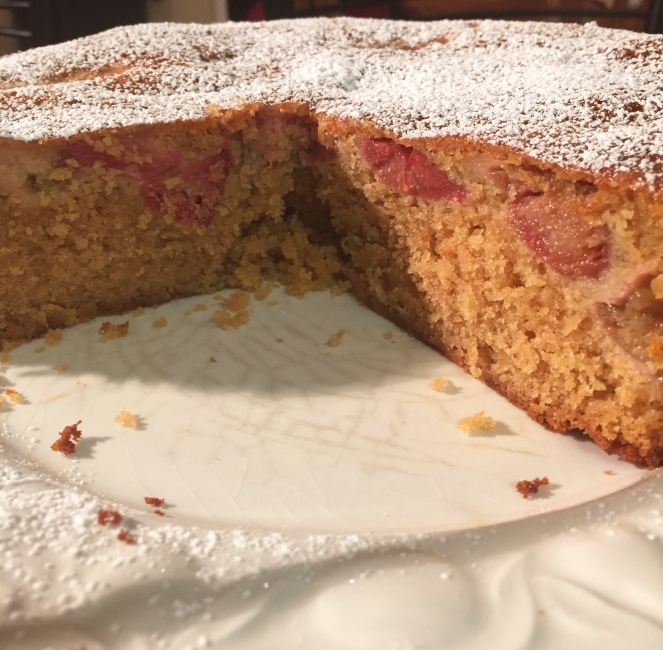 I was fairly pleased at the texture of this cake. It cooked well, it was a dense crumb, and didn’t fall apart. The rhubarb was tart, the cake densely sweet and almost caramel like.

Served with ice cream (and King Island double cream for the work colleagues, geez they’re spoilt), the slightly tart compote on the side, this was a Bloody great match, no?

4 thoughts on “A friend, a bag of rhubarb and a box of blood oranges”