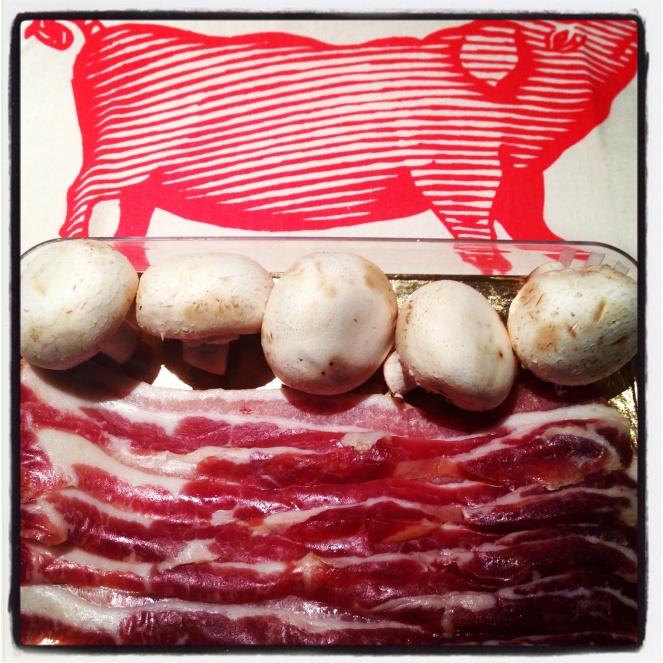 It feels like I haven’t done a post for ages, when in fact it’s only been a week. When I look back at all my photo’s on my Instagram and twitter accounts, there’s been a lot of food cooked, consumed and captured. I don’t have a specific subject for this post, but just want to get out there into the ether the great big balls of fun I’m having being a Canberra food blogger.

In one of my last posts I spoke about the month of June being Mushroom month and that a great big box of 4 kgs of locally grown Canberra mushrooms made their way to me courtesy of the Australian Mushroom Growers Association and the Power of Mushrooms people. I was a little stunned and overcome at the thought of having to cook 4kgs of cup mushrooms, with some variety thrown in, as that’s about 10 of those brown bags you get at the grocers! But when that box was empty, so felt I. 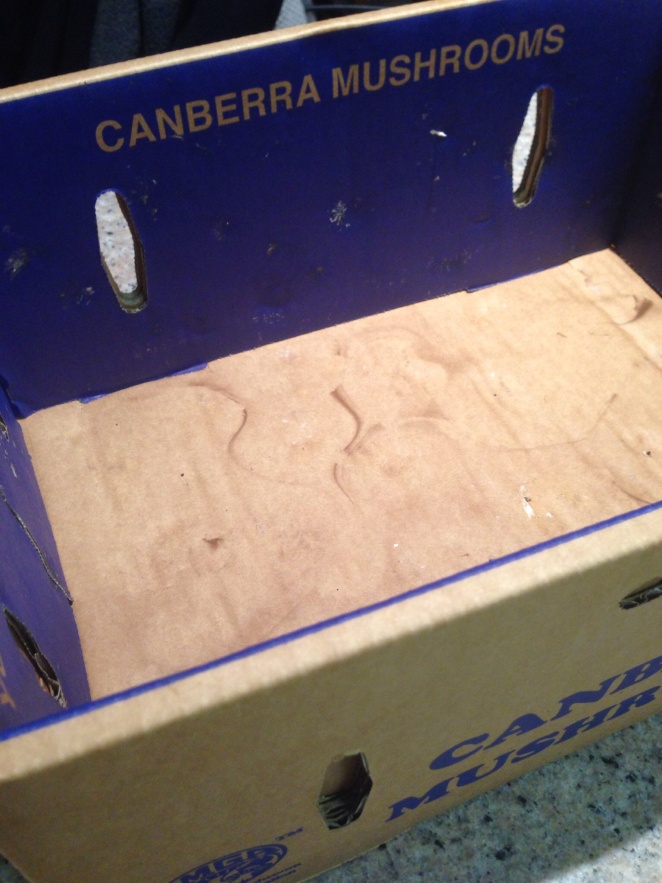 What I ended up cooking with all of these mushies was: 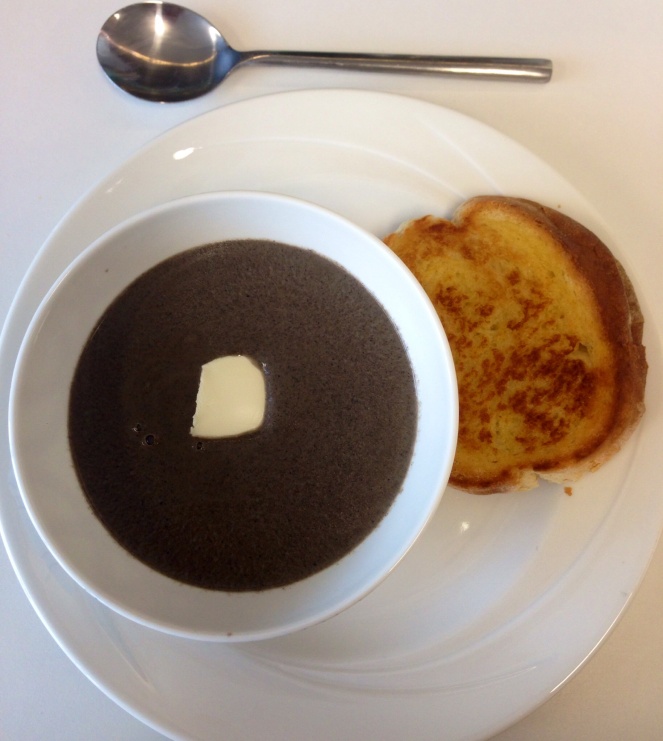 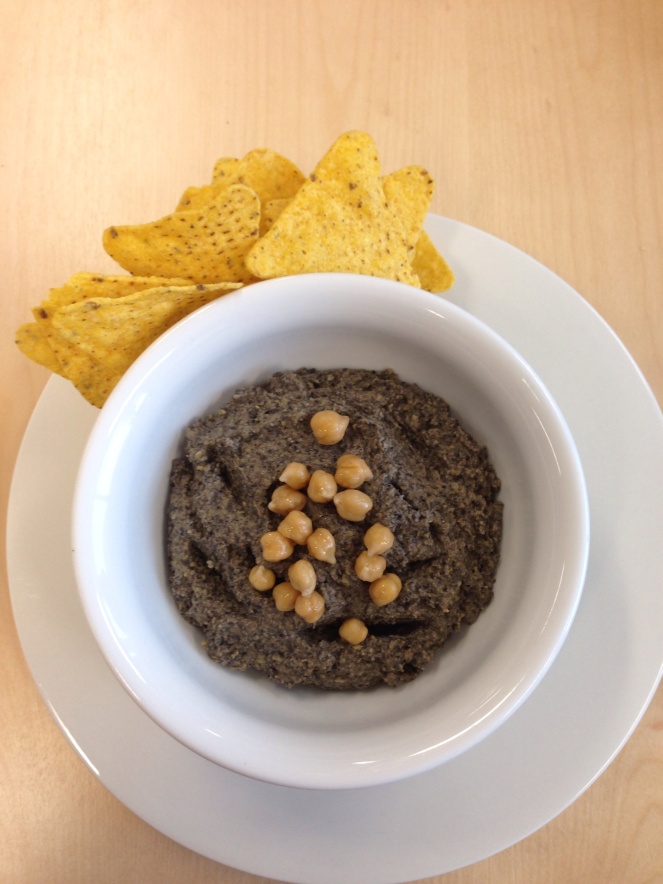 Moving on from mushrooms, I received an email asking if I ‘d like to promote a local producer, Pialligo Estate, and their fantastic bacon, as they’d just taken out the title of Australia’s Best Artisan bacon at Australian Bacon Week. Would I what! And baconweek, seriously? How good is a whole week based around bacon! Should be a national holiday, this. Google @pialligoestate and see just how much is going on with this relatively small but incredibly talented smokehouse. I dropped into The Essential Ingredient on Sunday and picked up my little packet of smokey goodness and went home and made lunch for the next door neighbours. 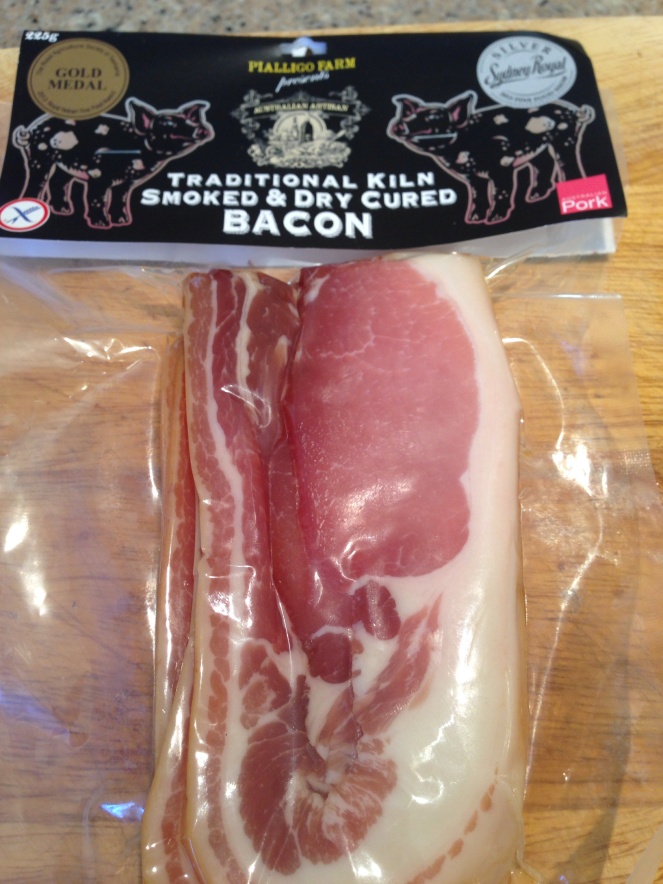 We had baked truffle eggs, maple glazed bacon and sourdough baguettes. I think the neighbours, who were doing a final clean of their house before the new neighbours move in, enjoyed their lunch. I know I did. The bacon is such a treat. No water to make it spit and splatter, the fat melted in your mouth and the hint of smoke that came through even after cooking, made it pretty damn obvious just why it is Australia’s best bacon. 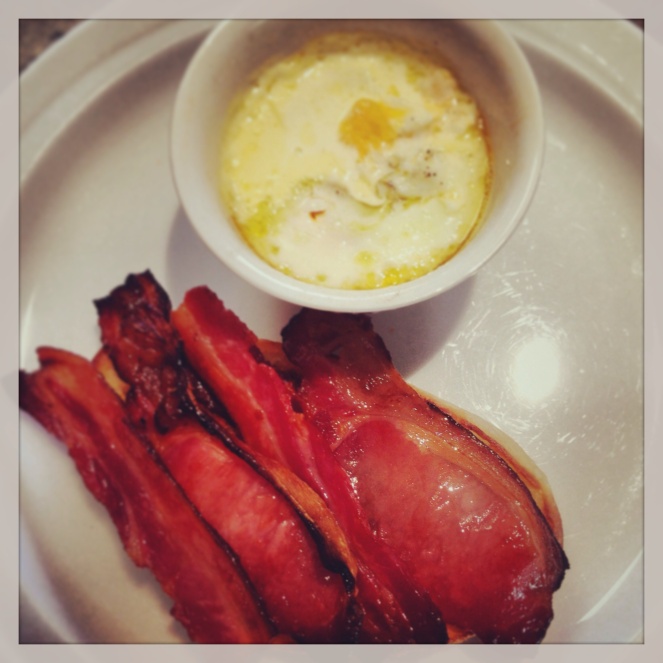 I tell you what, I love this gig as a food blogger. You get to meet the coolest people, you get to try the most delicious foods, and you get to show friends and family just how much is going on in Canberra at the moment. It’s pretty exciting. Today I turned to Twitter to seek out stockists for the Pialligo Estate bacon as I had a number of people at work who were really keen to grab some. Charlie from @pialligoestate advised a number of places around town, and then mentioned he was out and about, would I like some samples? Would I what! In that small Twitter exchange, the bacon drive through was invented. Charlie dropped a sample of the bacon off to me, and I headed back upstairs where I cooked the bacon in the sandwich press and managed to give a number of people a brief foray into meltingly beautiful bacony godness. What a treat. 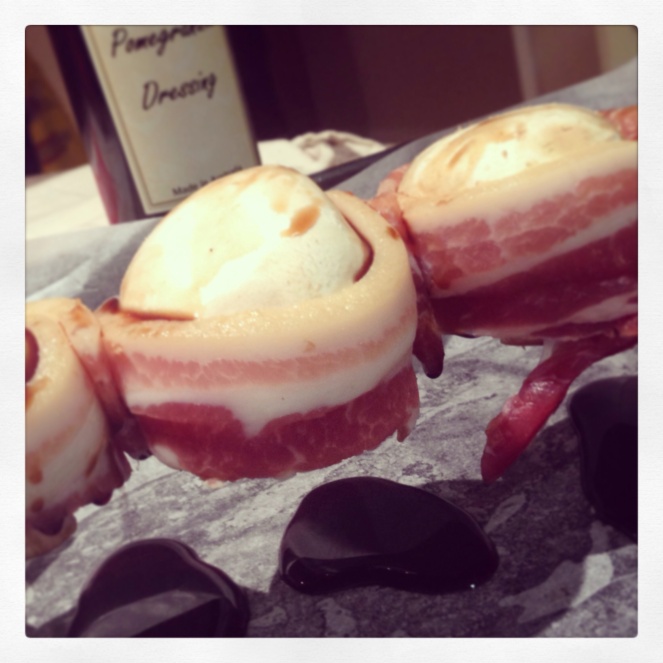 I bought a little home and wrapped it around some local mushrooms, drizzled with some balsamic and pomegranate vinegar and slowly roasted until caramelised and burnished. Served with a very 80’s bistro fanned avo, and a glass of red wine, it was a prefect dinner for a severely miserable Canberra winter night. 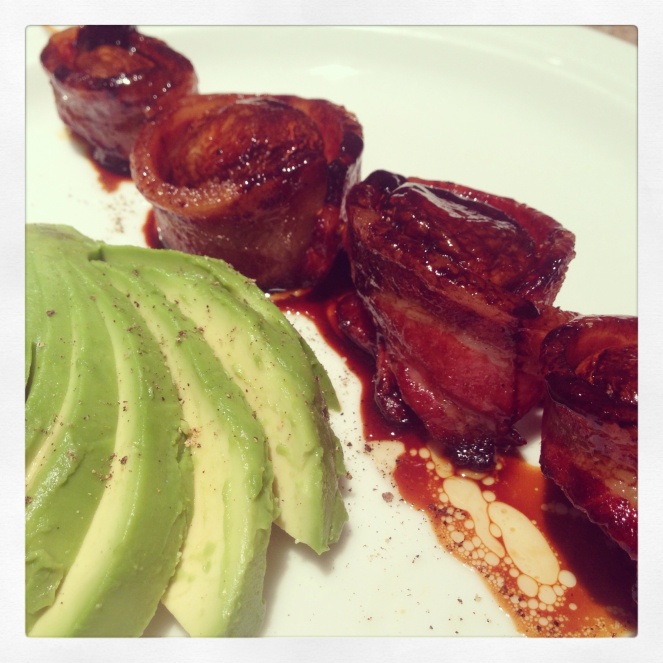 And last but not least, was a slow roasted boneless pork leg with pear cider, fennel seeds whole garlic cloves and chilli. Served with a fennel coleslaw and roasted potaotes. Buddy helped me with the gravy, which was the juices from the pan, extra cider, simmered right down and a little cream added. The soup was the best, he exclaimed! And he decided he only wanted the chicken in the soup. He’s a funny boy. But one with good taste. 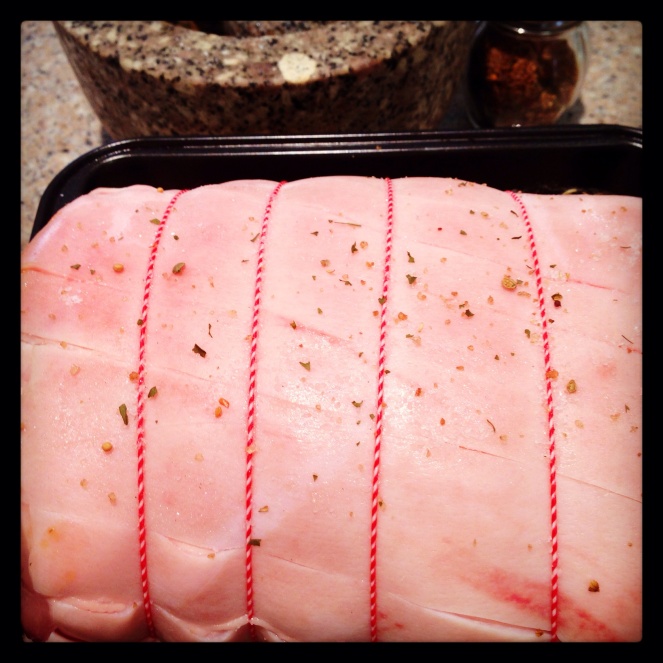 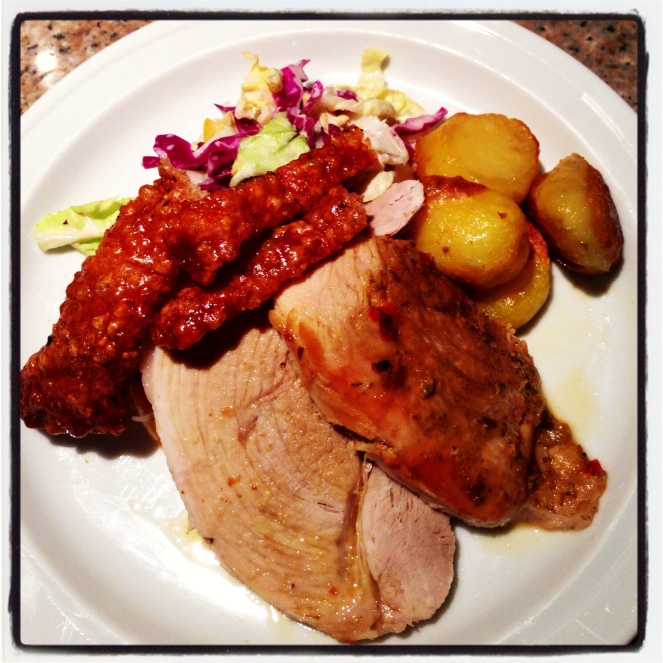 It’s been a great week for food in my house, wouldn’t you say?

6 thoughts on “It’s been a good food week”