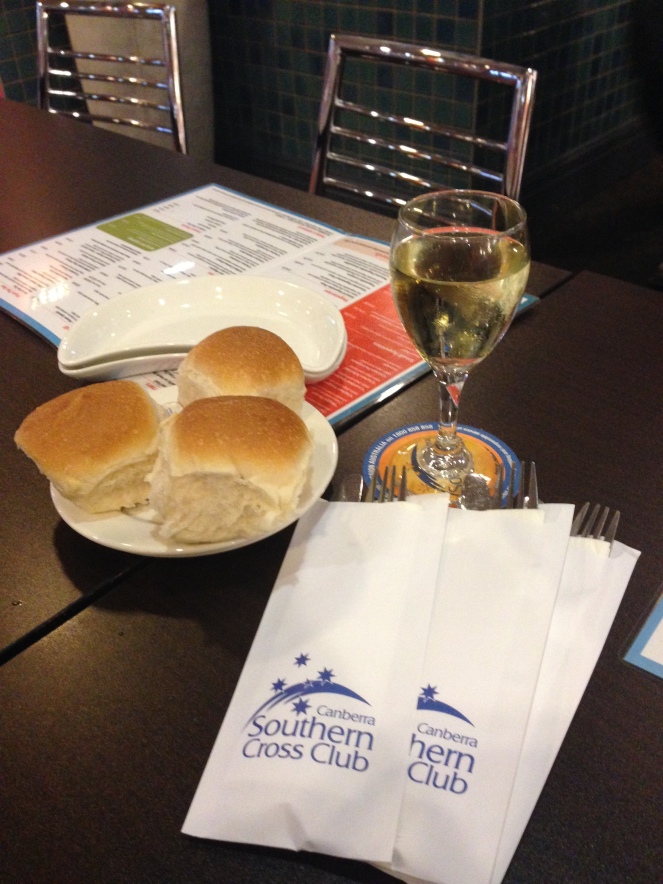 We had dinner out tonight for my father in law’s birthday. We frequent Henry’s at the Canberra Southern Cross Club in Woden often, but I’ve never reviewed it before. It feels like home sometimes, as birthdays, special dinners and just dinner out on the spur of the moment are held at Henry’s. It’s like good ole faithful, it’s always guaranteed to deliver. And tonight was no exception. It caters for the older kids, ie. Tweenie and the younger, ie. Buddy. They have the pay-for-it games room, they have the locked-in-a sound-proof toddler room, they have the keep-em-engrossed-digitised space. Something for all the kids. They have funky chairs and lounges if you want to keep an eye on the kids, or they have the full bistro set up so you can relax a mere few metres away, where every “Muuuuuuuum” sounds like your kid, but it’s not til they’re within sight that you realise it’s not. Phew, a couple more minutes reprieve. 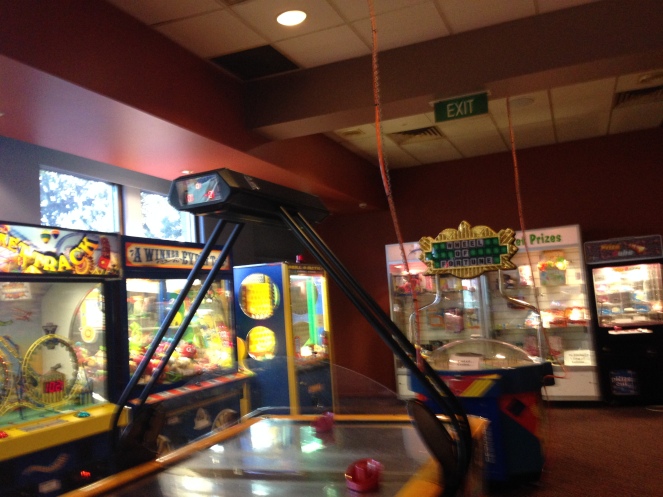 The Henry’s menu is quite decent when it comes to kids choices, or for an older kid there are bigger meals, just not adult sized. Although ours always run straight to the nuggets and cheeseburgers. SO is usually pleased when Tweenie orders a cheeseburger as she never finishes it, and they’re damn good cheeseburgers, so he gets most of one without having to order it.

I felt like steak tonight, so went with an eye fillet, medium rare, chips, salad and hollaindaise sauce. I love Southern Cross Club hollandaise. I have fond memories of going the Club as a teen and being allowed to order a bowl of chips with a hollandaise boat all to myself. That’s how long they’ve had their hollandaise sauce. Ok, so maybe I was almost OUT of my teens, but close enough. 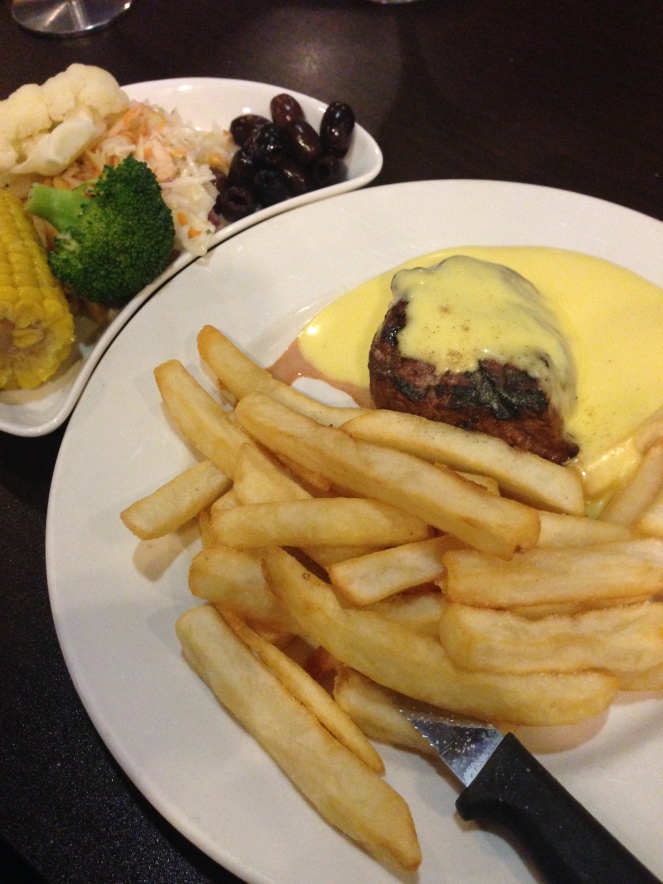 The steak looks small, and it wasn’t big by any means, but it was eye fillet and you never get huge ones of those. But, it was just perfect. Those chefs on the grill know how to cook a steak. In the countless times I’ve eaten at the Club, I’ve only ever sent one steak back, and that was because it was blue not medium rare, but they cooked it again for me and sent it back out with a bowl of fresh cooked chips. Nice. Tonight’s steak was cooked perfectly. It was medium rare and soft on the inside, it was charred and crunchy on the outside and well seasoned. The meals only come out with the bare minimum as they have a salad bar. The salads rarely change on the salad bar, but I’m not there for salad.

SO had chicken schnitty, but was too far away from me to take a photo and he refused to hold it up so I could snap it. The Clubs schnitty is good. I’ve eaten my fair share of club schnitty and theirs always rates. But, if I had one complaint, they’ve changed the chips. They’re big and fat now, whereas they used to be much smaller and much tastier. Don’t mess with a winning chip! One of the party decided to try the specials board Beef salad with crunchy noodles, wombok salad and asian dressing. It looked great, and was a decent serving. She thought her steak was a bit undercooked, but she likes her steak medium, not medium rare. The salad was really tasty and crunchy, and the dressing packed quite a chili punch. She was suitably impressed. 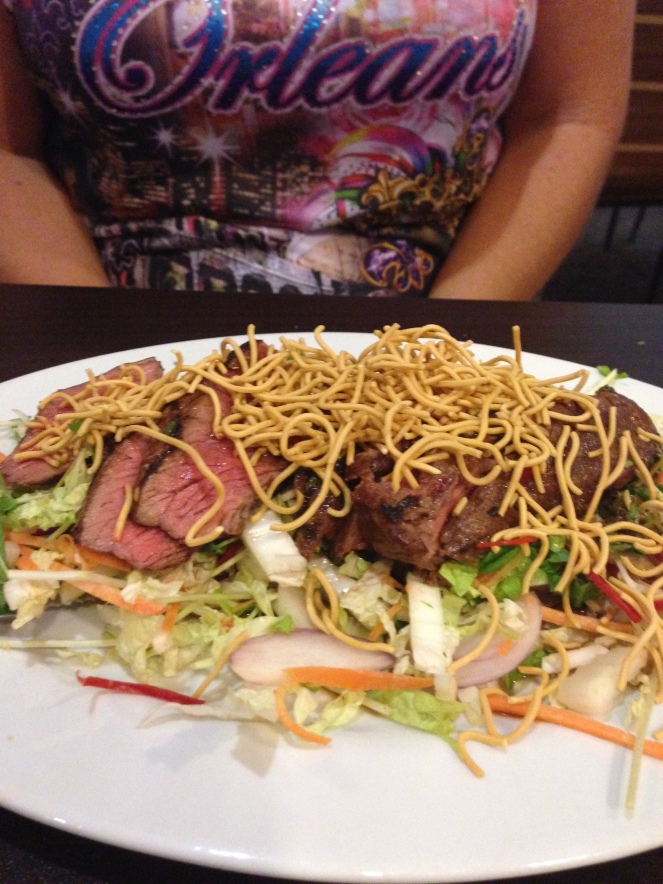 No dessert tonight as we had birthday cake. You don’t pay cakeage, they’re happy to supply plates and cutlery. Service was cheerful tonight, the meals were bought out really quickly. The Club was relatively busy with 4 big parties in the Henry’s area. Our tables were cleaned up pretty quickly, and the busboy was very polite.

All in all, it was another lovely family evening out. I highly recommend Henry’s for somewhere fun and special to take the kids, as my kids always think it’s a real treat to go out for dinner to the Club.